What happened in the Russia-Ukraine war this week? Catch up with the must-read news and analysis

Every week we wrap up the must-reads from our coverage of the Ukraine war, from news and features to analysis, visual guides and opinion.

Russian soldiers accuse superiors of jailing them for refusing to fight

This week Pjotr Sauer reported on a rare exposure of tensions in the ranks of the Russian army after Russian solders accused their commanders of jailing them in eastern Ukraine for refusing to take part in the war.

Maxim Grebenyuk, a lawyer who represents the soldiers and runs the Moscow-based advocacy organisation Military Ombudsman, said at least four Russian soldiers had filed written complaints with the investigative committee, demanding punishment for the superiors who oversaw their detainment. Grebenyuk said he had a list of 70 soldiers out of the 140 that were held as prisoners.

In one written testimony sent to Russian prosecutors and reviewed by the Guardian, a soldier described how, after refusing to return to the battlefield, he was jailed alongside other solders who had refused to fight. He spent more than a week in different cells in the Russian-controlled territory of Luhansk.

The soldier said: “As a result of what I believe were tactical and strategic mistakes made by my commanders … and their total disregard for human life … I made the decision not to continue in the military operation.” 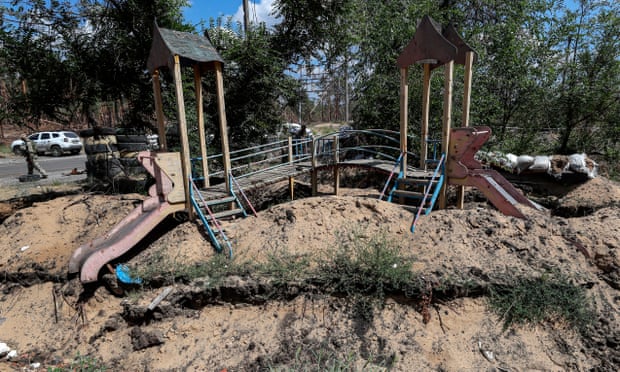 A destroyed playground in Luhansk. Russian soldiers have told of being imprisoned for refusing to fight in eastern Ukraine. Photograph: Sergei Ilnitsky/EPA

Russia moved large numbers of soldiers to Ukraine’s south for battles against the country’s forces through the newly occupied territories and Crimea, writes Isobel Koshiw in Kyiv.

“If Russia won, it would try to capture more territory,” said Vadym Skibitsky, the deputy head of Ukraine’s military intelligence. “They are increasing their troop numbers, preparing for our counteroffensive [in Ukraine’s south] and perhaps preparing to launch an offensive of their own. The south is key for them, above all because of Crimea.”

The Russian troop movements come in response to Ukraine’s declared counteroffensive to liberate the southern occupied regions of Kherson and Zaporizhzhia. 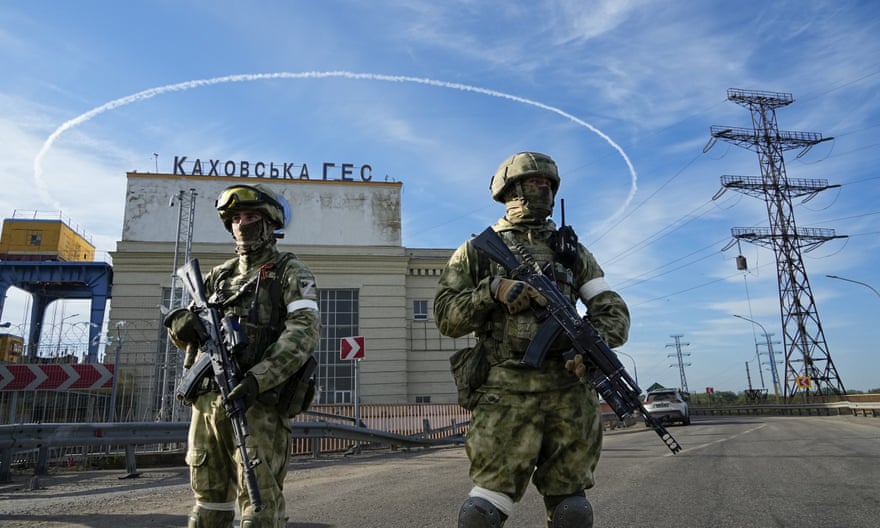 A ship carrying Ukrainian grain left the port of Odesa on Monday for the first time since the start of the Russian invasion, Isobel Koshiw reports in Kyiv.

The Sierra Leone-flagged ship Razoni, carrying 26,000 tonnes of corn, is destined for Lebanon. It follows weeks of negotiations between Ukraine and Russia, led by Turkey and the United Nations, to broker an agreement to unblock Ukraine’s agricultural exports and ease the growing global food crisis.

Oleksandr Kubrakov, Ukraine’s infrastructure minister, said 16 loaded vessels had been stuck in Ukraine’s ports since the Russian invasion began and that officials planned for the ports to regain full transport capacity in the coming weeks. 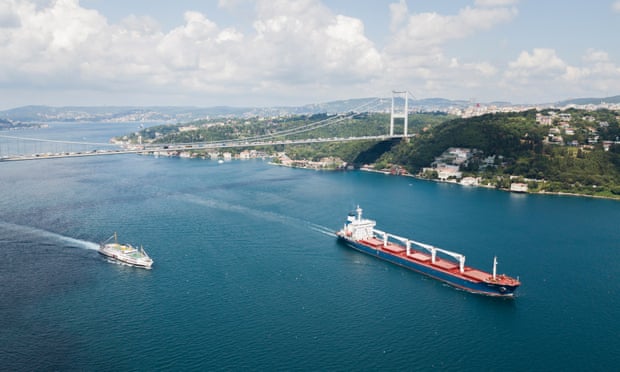 The Razon travels on the Bosphorus through Istanbul, Turkey, after leaving Odesa. Photograph: Tolga Bozoğlu/EPA

As Russia’s war in Ukraine grinds into its fifth month, Moscow is a city doing everything it can to turn a blind eye to the conflict.

“Yes, we are having a party,” Anna Mitrokhina told Andrew Roth in Moscow at an outdoor dance party on the Moscow river. “We are outside of politics, we want to dance, to feel and have fun. I can’t worry any more and this helps me forget.”

In a forthcoming paper, Russian-based political analyst Andrei Kolesnikov and Levada Centre pollster Denis Volkov write that many Russians have found it easier to join the “mainstream” of support or indifference to the war.

A lifestyle Instagram blogger who was opposed to the war said she had consciously decided to stop speaking about the topic – because of official restrictions but also the backlash she received from subscribers. “What hurts the most is it is not really [because of the law], there is just no desire to talk about this,” she said. “People are turning off.”

After a wave of repressions, there are fewer voices now speaking out publicly against the war. But some remain, such as Alexey Venediktov, the former head of a Russian radio station that was shut down after its public opposition to the war. At a table by the window in Moscow’s Pushkin cafe, Venediktov is loudly decrying the conflict as “catastrophic” as the waitstaff look on with an air of concern. 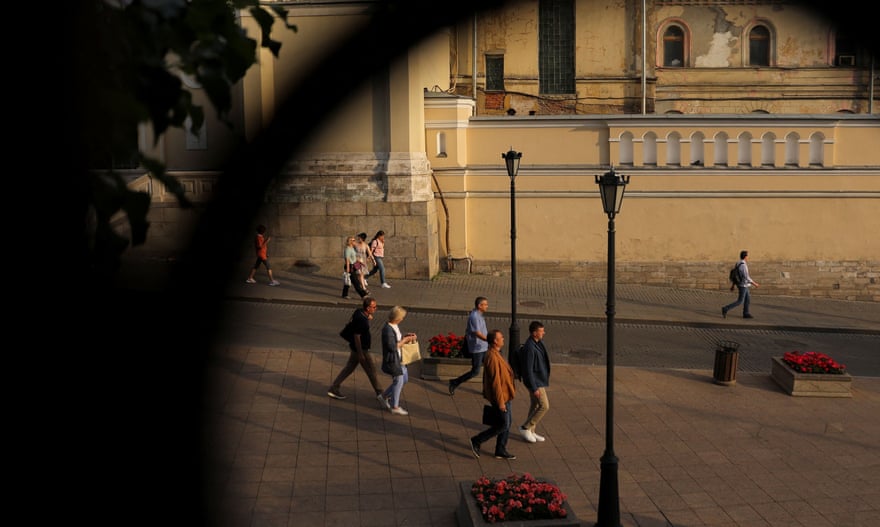 ‘People are turning off’ the war: a Moscow street this week. Photograph: Evgenia Novozhenina/Reuters

The role of American intelligence in the war in Ukraine has been put under scrutiny after Russia accused the White House of supplying targeting information used by Kyiv to conduct long-range missile strikes, Luke Harding writes in Lviv.

Russia’s defence ministry claimed Washington was “directly involved” in the war, and had passed on intelligence that had led to the “mass deaths of civilians”.

The Kremlin’s comments came after Ukraine’s acting deputy head of military intelligence, Vadym Skibitsky, said in an interview given to the Telegraph that US-made long-range Himars artillery systems had been extremely effective in wiping out Russian fuel and ammunition dumps. Skibitsky denied US officials were providing direct targeting information, but acknowledged there was consultation between US and Ukrainian intelligence officials before strikes.

The Biden administration has supplied Ukraine arms and financial security assistance, but strongly denies it is a participant in the conflict or is at war with Russia. 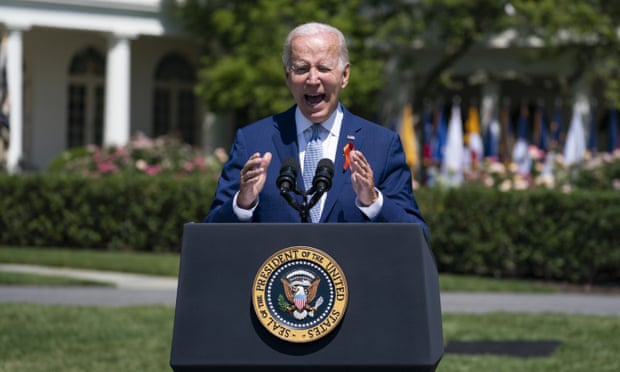 UN to investigate attack that killed dozens of Ukrainian PoWs

In response to requests from Russia and Ukraine, the UN is setting up a fact-finding mission to investigate the killing of dozens of prisoners of war at a prison in a Russian-occupied region of Olenivka, eastern Ukraine. Both Moscow and Kyiv accuse each other of carrying out the attack.

On Thursday, Luke Harding reported in Kyiv that senior Ukrainian officials claimed the attack was a special operation plotted by the Kremlin, and carried out by Russian mercenaries from the Wagner Group who worked closely with Vladimir Putin’s FSB spy agency. 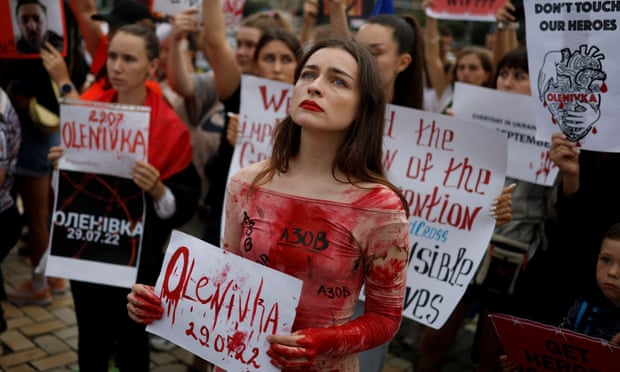 The wife of a Ukrainian serviceman who defended the Mariupol steelworks at a Kyiv rally after the Olenivka attack. Photograph: Valentyn Ogirenko/Reuters 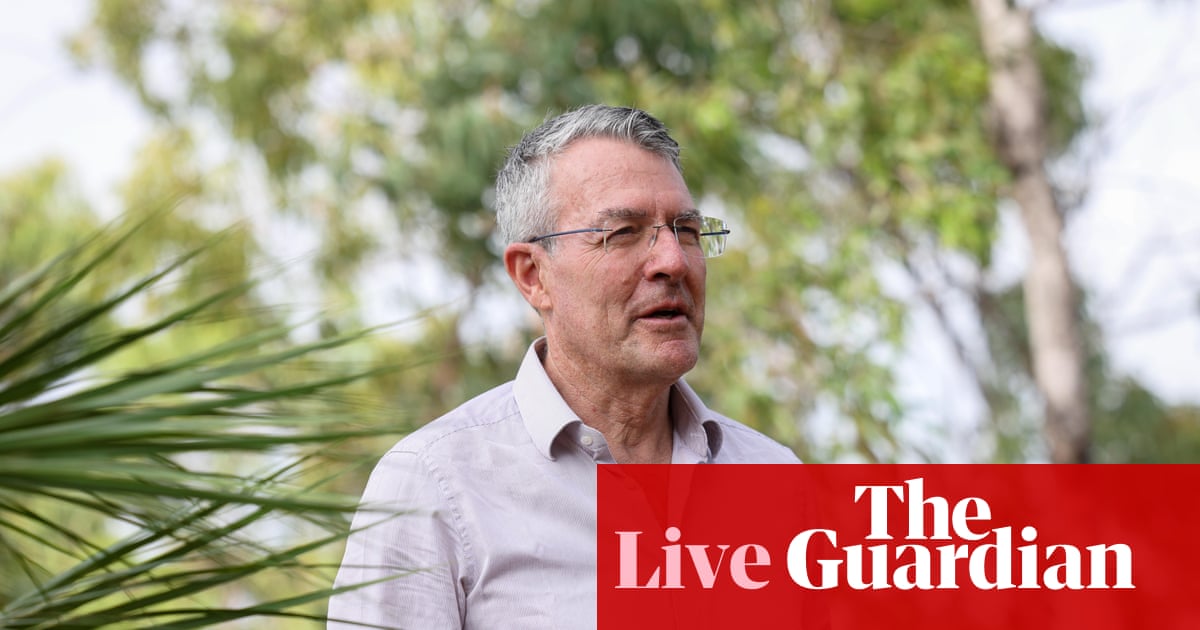 Salman Rushdie is on ventilator and may lose an eye after attack, agent says – latest updates 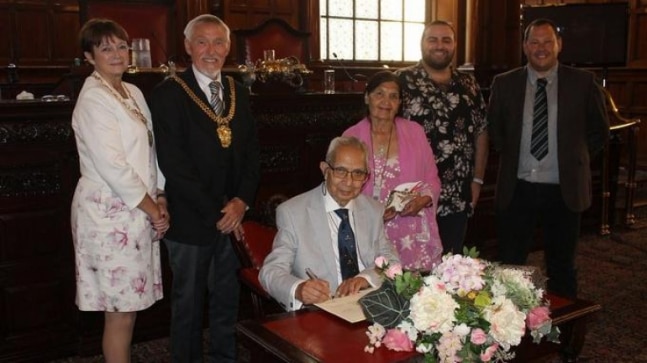 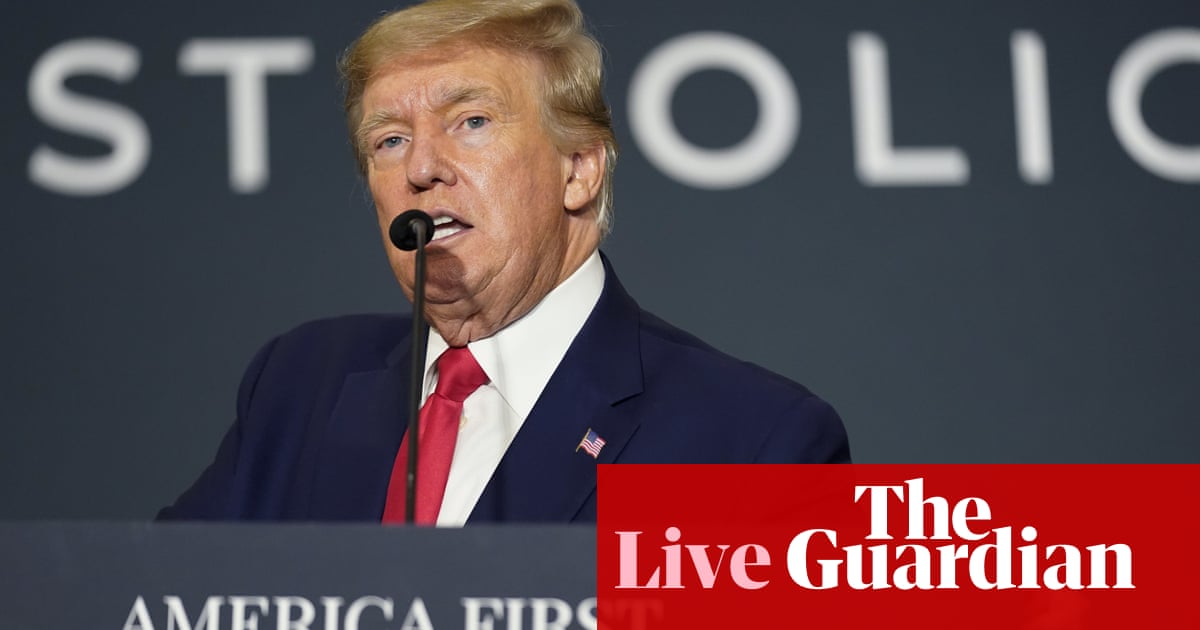 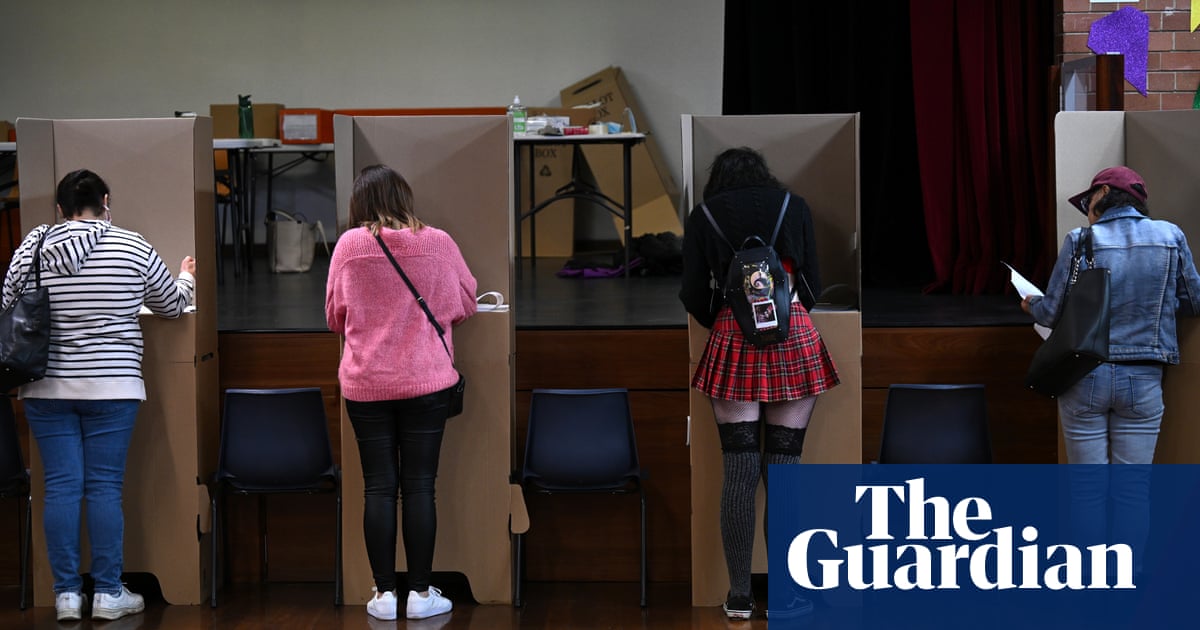 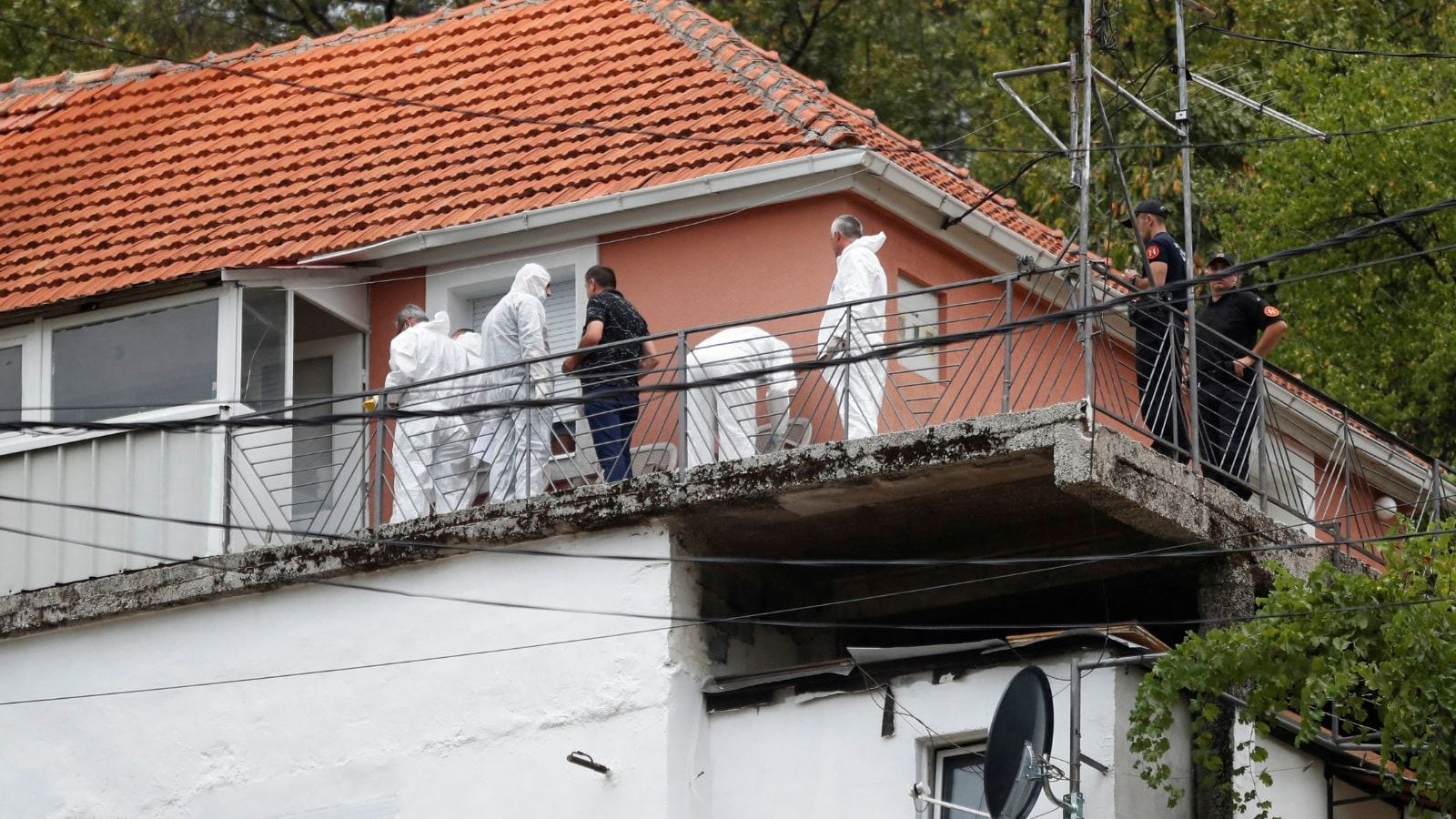 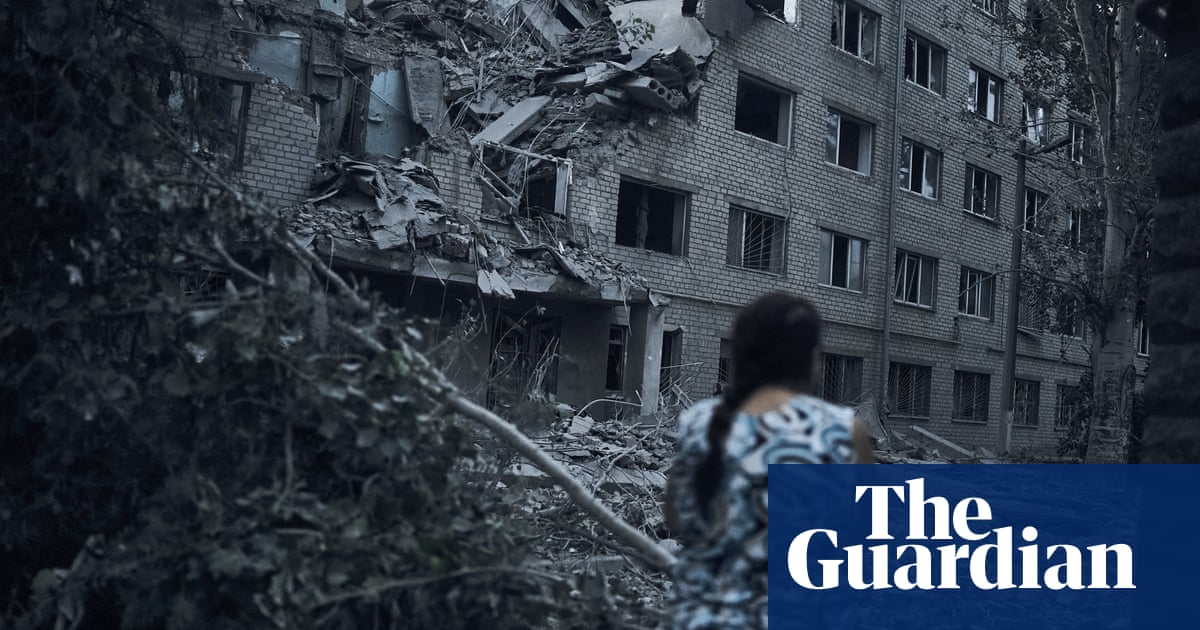