NEW YORK: President Donald Trump and his Democratic challenger, Joe Biden, will meet on the debate stage for the first time Tuesday night in Cleveland. Millions of voters will get their first opportunity to compare the candidates’ policies and personalities side by side on national television for 90 minutes just five weeks before Election Day and as early voting is already unfolding in some states.

Here are some of the biggest questions heading into the night:

HOW DOES TRUMP HANDLE BEING ON THE DEFENSIVE?

In his first formal debate since taking office, Trump has a lot to answer for.

More than 200,000 Americans have been killed by COVID-19 under his watch the highest death toll of any country in the world. Tens of millions of people are still out of work. The country’s cultural and political divisions are widening. And don’t forget the weekend revelations that Trump has paid less federal income taxes than most working-class Americans for several years.

Moderator Chris Wallace of Fox News and Biden will no doubt press Trump on those facts.

Trump seems to revel in hand-to-hand combat, and history suggests that neither facts nor any code of conduct will prevent him from saying whatever he needs to change the subject. He can pivot to more friendly issues such as the Supreme Court confirmation fight or law and order or he can jump into the mud by going after Biden’s mental and physical strength or his family.

Such personal tactics worked for Trump four years ago. But now that he’s the man in charge of the country, it’s unclear if voters will be as willing to accept the brash outsider act.

HOW DOES BIDEN RESPOND?

It’s difficult to keep up with Trump’s campaign messages, but one line of attack has risen above the rest over the past year: that the 77-year-old Biden, or Sleepy Joe, is not mentally or physically fit to be president. Therefore, perhaps nothing matters more for Biden on Tuesday night than his ability to convince America that he has the strength to hold the world’s most important job.

Given Trump’s persistent attacks, Biden faces a low bar in proving his stamina.

But it’s worth asking whether that’s the measure for success that voters should use. After nearly a half century in politics, Biden is a far more experienced debater than Trump, and he has a much better grasp of foreign and domestic policy. On paper, at least, Biden has the advantage.

Yet the former vice president’s uneven performances in the primary debates offer plenty of reasons for Democrats to be worried.

WHO WILL VOTERS SEE ON STAGE?

Trump and his Republican allies have been trying to brand Biden as a socialist since he emerged as the Democratic nominee from a pack of primary candidates that featured a self-described democratic socialist (not Biden). And Biden and his allies have been calling Trump a racist since Biden launched his campaign.

On Tuesday, each candidate will have a prime-time opportunity to debate the policies and rhetoric underlying each argument.

Biden, who has long positioned himself to the center of his party’s most liberal positions, has embraced plans to enlarge the government’s role in health care, education and the environment. Such policies are hardly socialist, but they would represent a significant shift to the left and require tax increases.

Trump has a well-established pattern of using racist rhetoric and favoring policies that disproportionately favor white people. For example, Trump has used the power of his office to crack down on Black Lives Matter protesters fighting for civil rights, calling them terrorists and warning that violent mobs of such protesters are invading largely white suburbs.

While the candidates’ personalities may draw more attention than their policies, it’s their policies that will touch the lives of virtually every American voter.

Heading into the debate, Biden’s team was advising him to avoid messy confrontations and fact checking Trump in real time to avoid getting pulled into the mud with a president who loves getting dirty.

Biden could easily spend all 90 minutes consumed by trying to refute Trump’s claims, and no doubt, liberals will want to see Biden take the fight to the president whenever the opportunity presents itself. But Biden also wants to rise above the chaos and present voters with a clear alternative who’s willing to compromise and move past the divisive fights that have dominated the Trump era.

It’s a delicate balance, and Biden has struggled at times to stick to his advisers’ plans. You may remember him snapping at voters on the campaign trail back in the spring or the campaign’s futile attempt to get him to shorten and focus his stump speeches.

Even under the best of circumstances, as we’ve seen in Trump’s previous debates, it’s difficult to take on Trump directly. The former TV reality star is clearly comfortable on camera, and he’s willing to say whatever he needs to whether it’s true or not.

HOW WILL DEMOCRACY FARE?

Trump has repeatedly sought to undermine the integrity of the election by raising unfounded concerns about voter fraud. Trailing in the polls, he’s been escalating such warnings as Election Day nears.

There are legitimate concerns about the Postal Service’s capacity to handle the surge of mail ballots as people try to participate in the election as safely as possible during the pandemic. And several states are scrambling to avoid the same ballot-counting delays that plagued primary elections. But experts are quite clear that there is no evidence of significant voter fraud and very little chance it will happen in 2020.

The experts’ voices are not as loud, however, as whatever will be said Tuesday night. 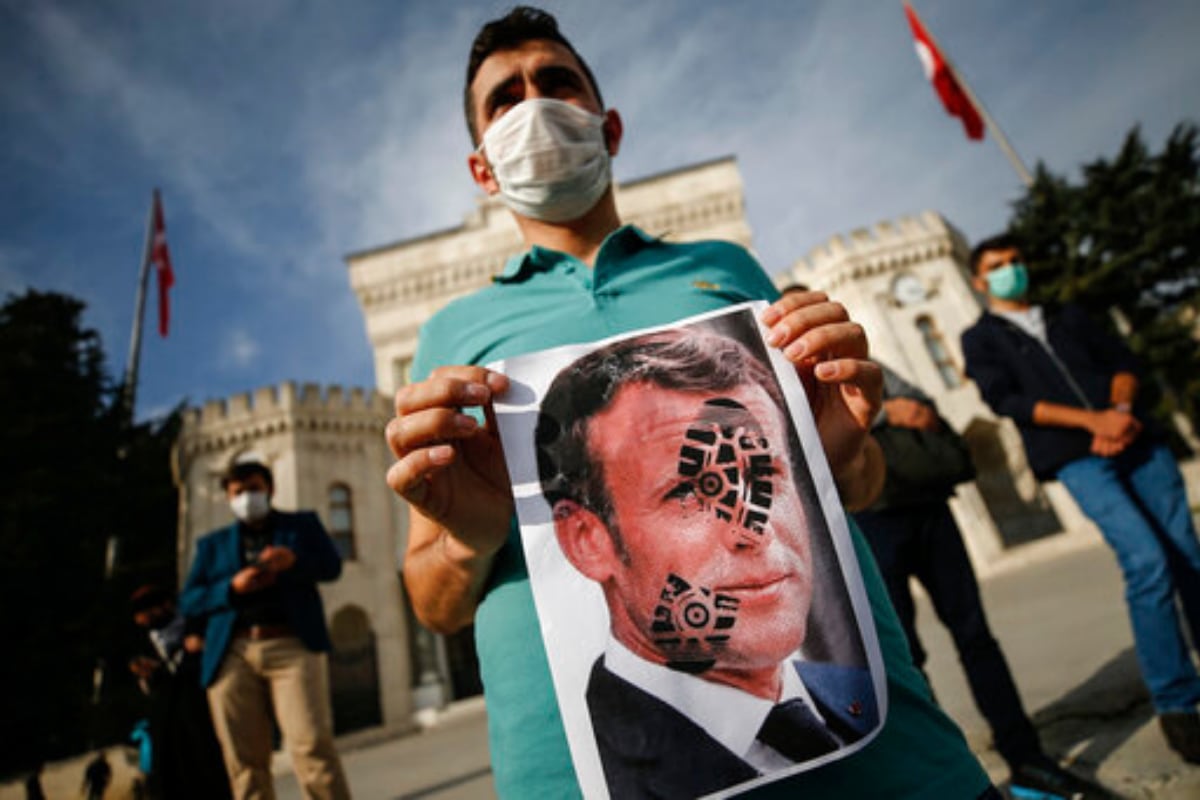